To Help Assist with the congestion in California and the West Coast our Milford, CT Warehouse is adding space for drop shipping!

What is Pick & Pack?

Pick and pack fulfillment is a common term used in eCommerce fulfillment warehouses to describe the process in which a warehouse employee picks, packs, and ships merchandise or inventory from warehouse shelves to merchants or customers.

Typically, a pick and pack system has four general steps. First, an online order is received by your fulfillment location. The orders are then converted into packing slips and are given to an employee at said location either digitally, or physically. Next, the employee will take the packing slip and fulfill the “picking” part of the pick and pack process. They will pick up whatever items were ordered by the customer from the storage facilities within the warehouse and bring them over to a packing station. These packing stations are where the next step in the process begins. The worker will hand off the items and slip to the packing team, who will then package the items and prep them to be shipped. Finally, orders are placed in a loading bay where they will be picked up by carriers from the major shipping companies. Though this process is rather simple in theory, in practice it can be quite difficult for a smaller company to acquire the necessary funds and resources to properly maintain its own pick and pack process. This is where a 3PL (third party logistics) company can help.

Who Needs This 3PL Service?

The main thing that a 3PL service can bring to the table when it comes to a company’s packaging and shipping processes is efficiency. 3PL services specialize in cutting costs for the company that hires them through providing them with multiple resources that they otherwise wouldn’t be able to afford. They can provide warehouse space, packaging materials, and even labor. Those who should really be looking for a 3PL service are:

Though it may seem like the pick and pack process is fairly simplistic and limited, there are actually a number of methods that are worth experimenting with to find the process that works best for your company.

The first is piece picking. Piece picking is good for small companies with small order loads coming in daily as the process is meant to be used on a small scale. The actual process is essentially exactly what was described above. The slip comes into the facility, a worker receives the slip and then manually picks every piece of merchandise from the shelves and brings them to the packing department at the warehouse.

The second is batch picking. Batch picking is a method that can benefit companies of many sizes, even small ones, as the method is designed to further streamline the picking process. Basically, a worker will pick multiple of the same product at the same time as to allow them to not need to return to that section for each given order. Instead, they will simply retrieve each item in bulk to assemble multiple orders at once. Ultimately, this will make packages go out faster.

The third is zone picking. Zone picking is mostly meant for larger companies to take advantage of. This process requires a decent level of coordination among the warehouse staff but can be the most efficient process if done correctly. Essentially, a worker will be placed into one of many zones and will not move. A package slip will then make its way down through every zone, and a worker will pick the required amount of the product that their zone is housing until it makes its way to the end of the line, completing the order.

Finally, there’s wave picking. Wave picking is essentially the methods of bath picking and zone picking combined. Instead of workers completing one order making its way down the line, they will complete multiple at once. By the time the orders get down the line, multiple orders should be ready to go.

Where Can I Find a Pick & Pack Facility?

Some common questions that you should keep in mind when searching for a pick and pack facility are:

Pick and Pack for an Amazon Business

For a business that handles the bulk of their orders through Amazon, we are able to create a specialized approach to your pick and pack needs to ensure that you comply with all of Amazon’s packaging standards. Amazon in particular has certain guidelines they refer to as FBA (Fulfillment by Amazon) that must be closely followed to be valid enough to ship through their service. Some notable things that Amazon mentions in their FBA info are how they regulate any potentially dangerous goods or things that are temperature sensitive. Most pick and pack services will be aware of these guidelines and will follow them closely to ensure that no issues come up during the process.

Pick and Pack for an eBay Business

Selling a product on eBay, as with Amazon, comes with its own requirements as well. Due to eBay’s extremely wide variety of products, they have a number of policies in place that vary from product to product. These policies must also be followed closely to ensure that no issues come up during the purchasing process which is why you should Consider an eBay Fulfillment Partner. Being aware of the product you’re selling, and the policies associated with it, are apart of the responsibilities for the 3PL company you’re working with, and you should ensure that these policies are being followed. Selling through eBay requires a very close eye.

Pick and Pack for a Shopify Business

Shopify is a fairly simple interface to use both for buyers and fulfillment centers. Their policies are relatively easy-going and simple, especially when compared to other sites. Overall, most of their policies are comparable to other sites, and they still have policies in place for any products that are potentially dangerous, or temperature sensitive. Aside from that, any fulfillment order that comes through Shopify should be relatively straightforward to handle.

There are various costs that one might not expect to come up when it comes to handling a pick and pack facility. Some of the more common hidden costs are:

Many people don’t realize just how much the physical packaging for products can cost when it comes to shipping.

If you have any sort of automated machinery in your pick and pack process, you will have to perform occasional upkeep to maintain the machines.

If you’re to take away anything from this information, it’s that a 3PL company can seriously increase the efficiency of your company’s shipping operations. If your company is looking for pick and pack services in the Milford, Connecticut, or the Rancho Cucamonga, Vernon, and South Gate areas in California, then NextGen3PL can provide pick and pack services that bring your company to the next level. We at NextGen3PL pride ourselves on our ability to produce results whether that be in handling your pick and pack operations entirely or helping you out in the analytics department of your business. Our wide range of services and our ability to create a custom plan that caters to your needs is sure to help you increase your shipping capabilities. Don’t let your company end up overwhelmed from success. Contact us now, and we’ll bring your shipping processes up to speed.

Talk to a Pick and Pack Specialist Today! 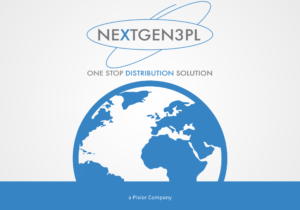